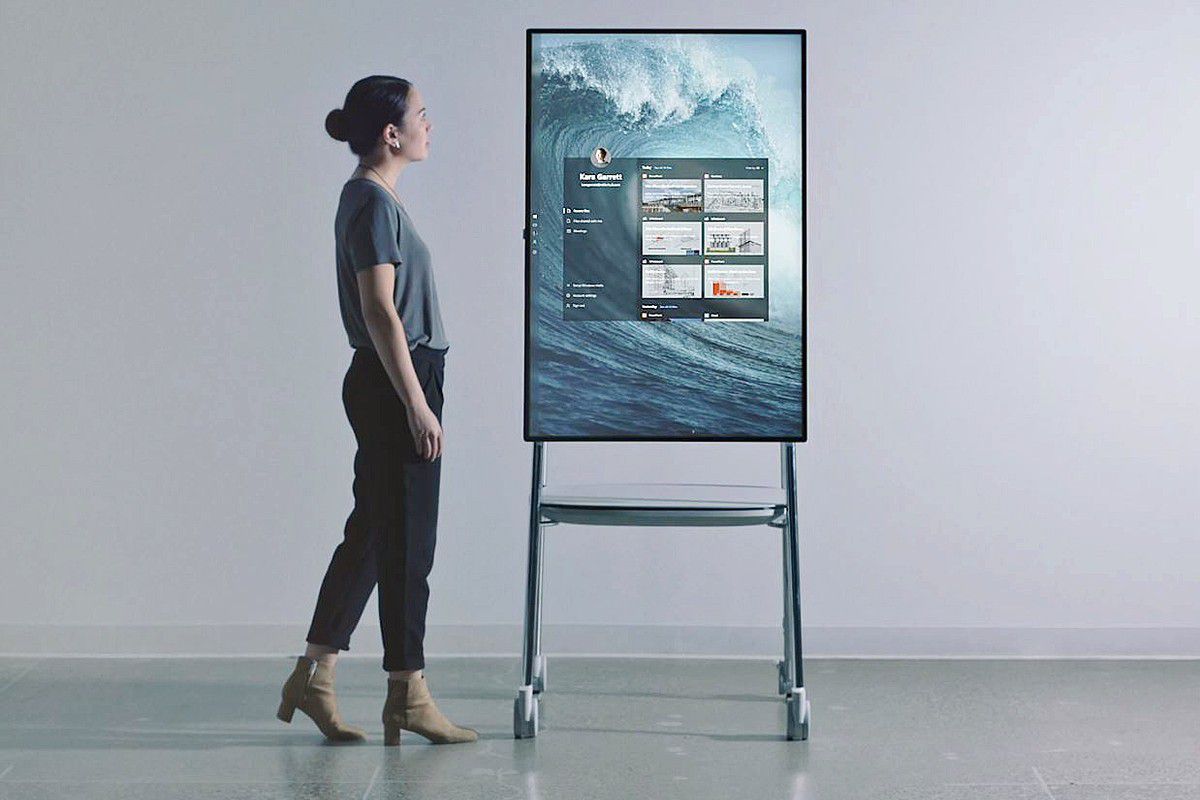 Microsoft is no longer planning to release its special Surface Hub 2X processor upgrade cartridge this year. The software giant was planning to allow Surface Hub 2S owners to upgrade to this cartridge, improving the processor and GPU inside. It was also part of how Microsoft would enable tiling and rotation support on the Surface Hub 2, a big feature the company originally unveiled last year.

In a leaked webinar to Surface Hub 2 sellers, Microsoft says it’s still committed to developing tiling and rotation but it’s not clear when these features will arrive. “They might not require an upgrade for Surface Hub 2S customers, or they might not require a paid compute cartridge swap,” says a Microsoft spokesperson in the webinar. “We don’t have plans to release a compute cartridge in 2020, because the best way to release those capabilities — tiling and rotation — may not require us to take that path.”

While this update will be based on the latest Windows 10 release, it will not be based on the company’s modern Windows Core OS platform that will power Windows 10X devices like the Surface Neo. The compute cartridge (2X) was supposed to update the Surface Hub 2S to this more modern OS, but it’s not entirely clear whether that will ever arrive now. Microsoft’s plans to turn the Surface Hub 2S display into a monitor for other devices to connect to is still planned for 2020, though.