VR headsets themselves aren’t sufficient by themselves to provide real presence VR experiences. It is necessary to actually be physical within the VR world for it to feel real.  That is what ROVR aims to do.

Just to give you an idea of when the consumer market started, that was really only June/July of 2016.  From 2009 to now we at WizDish did in-house development and a lot of academic reading.  So what our product now consists of is a walking/running simulation platform that allows you to move around freely.  We also supply a containment frame because when you are in the VR world, you are completely blind to the real world.

When you have this level of real presence, which is what ROVR VR is really about.  You really have no idea where you are.  Your brain accepts what you see to be real because you have no other guide to reality.  Apart from the world that is being presented to your vision.  Our Bluetooth motion controller enables you to do all this even with mobile phones. The ROVR kit is designed to be the mouse for the VR world. So, just as you would expect your PC mouse to plug into any computer, the ROVR is also intended for any virtual headset.

We can ship ROVRs anywhere in the world and it only weighs 26 kg.

So why does VR need physicality?  Yes, we drive and yes we fly, but predominantly from toddler to where you are now, you’ve explored the world by walking.  Therefore it is a very important and necessary component of VR for you to be physical in it.

What is Simulation Sickness?

So if you happen to be seated playing a game in VR and your character is running away from some overgrown bug in Fallout 4.  Then there is going to be a problem because what you see is a mismatch with what you are feeling.  The effect of the mismatch is called simulation sickness.

For many people, if they start to feel simulation sickness the only thing that will reset them is to go to sleep, otherwise, they could be ill for six to seven hours at a time, though it might have only taken 10-15 minutes to get to that state.  This is a major problem for VR and unfortunately, game content presently being developed is being produced to avoid simulation sickness.

So what they do is they move everybody very slowly.  They don’t have anything close to you, so you don’t have any sense of velocity in that environment.  They won’t allow fast accelerations and if you want to walk for more than 3-4 meters, you have to teleport.  All of these things destroy presence.  You no longer feel as though you are in the world, but rather you feel as if you are watching it.  You are no longer a player, you are an observer.  It may be a great IMAX experience but not VR.

In fact, research shows 80% of people will feel ill if what you see does not match with what you feel.  It has always been known that if you are driving a car, then you can simulate that by having a vibrating chair and force feedback on a steering wheel.  You can do the same thing for a plane, you don’t actually need real undercarriage to be deployed on a plane, to know that it has gone down.  You just need a “clunk”, the right sounds and then your cabin vibrates a little bit.  So you don’t need a complete airplane to do that.  You can learn to land successfully on a Himalayan runway by simulating all of that and get a very good experience.  Pilots can get 75% of their training just through simulation if you supply the right brain cues.

So here’s the problem there is no mediating object (car or plane) when you are walking around – YOU are the OBJECT that is moving, so you need to provide the right brain cues through the actions you make. The neuroscience community would suggest that perhaps 95 – 98% of the things we do in life are sub-conscious.  Many have no idea what they have done – you can drive home and wonder how you got there and that is because it was all done by autonomous, sub-conscious processing.

What is the Solution for walking in VR?

So what we need to replicate is what the brain is expecting to experience and if this is good enough it will be accepted and then we will push the action to the sub-conscious.  What that means is that merely sliding your feet back and forth in a reciprocating fashion is sufficient.  You just need to move your legs backward and forward while also weight bearing and the world does need to move as you would expect.  If those are all true, then your brain will accept this as walking.

This is great news for storytellers and developers because now there are no proximity restraints.  There are no limits on acceleration, you can run down corridors, you can turn quickly – you can do all those things.  Also, there are no space limits – you can run forever, you are not confined to a room three meters by five meters.  There is no need for teleportation.  Everything works just as you expect, VR games are compelling and people want more.  This means there will be potential for people to ask developers for VR sequels.

VR has been out for quite a long time and there have been a bunch of VR games out there but none of them are TRUE requests for sequels, it just isn’t compelling enough and not the ultimate goal of where  VR needs to be.

The limitless possibilities of VR

VR needs physicality.  If you don’t have physicality, a vibrating chair, some force feedback on the wheel, and an ability to walk around in the environment you are actually experiencing visually then it is not going to feel real.  That is the problem for VR at present, but all you need to do is provide the right brain cues.  If you do that, then VR content has no limits, you can do whatever the storyteller wants you to do.  You can walk on other planets.  Even walk the whole length of the Great Wall of China or climb down into the Grand Canyon.  You can even do this in real time.  You make memories by doing rather than watching.  This is known as kinesthetic memory and it helps you deliver a real solid memory.  VR with physicality becomes compelling.  People want more and that is great news for developers and it’s great for the manufacturers, which include us. 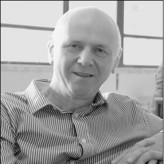 Charles King is the co-founder and CEO of WizDish and has over 20 years’ experience of developing and commercializing VR technology. He is a guest contributor for Startup Radar.

Lenovo is building another standalone VR headset for educational use

The Challenges of Virtual Reality

Korean Startup Visual Camp Lets you Type with Your Eyes!